Bill Watterson, creator of the beloved Calvin and Hobbes comic strip, also did some editorial cartoons for Sun Newspapers in the early 1980s. This appeared in the Brunswick Sun Times on 2 Feb 1984: 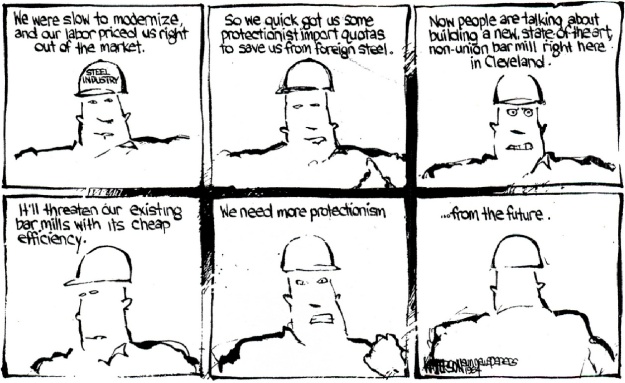 From the Cleveland Sun (via Radley Balko).

Jonathan Dingel is an associate professor of economics at Chicago Booth.